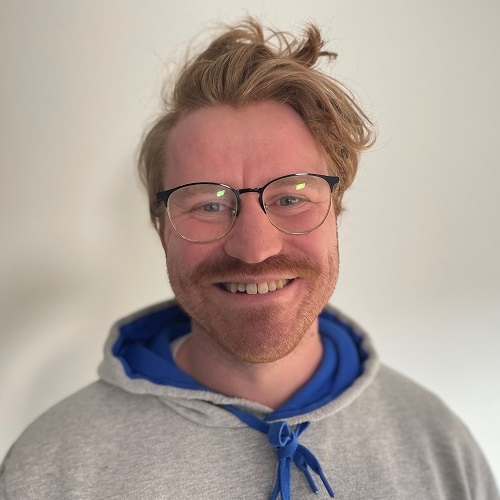 The people at Telstra Purple have been helping power innovative customer experiences with Airspeeder by using emerging technologies such as XR and 5G.

Flying car racing might seem like a fantastical vision for a fictional universe or a dream far distant in the future, but you might be surprised to learn it’s actually happening right now in the South Australian outback.

This revolutionary concept is becoming a reality thanks to Airspeeder, an innovative local start-up that’s bringing flying motorsport to life. The organisation is creating a series of events that will see up to 20 ‘speeders’ racing each other in close proximity around an augmented-reality track in the sky, at some of the world’s most beautiful remote locations.

It might sound like something out of Star Wars, but testing is already underway, and the organisation is preparing for its first uncrewed ‘Exa series’ event very soon, with crewed events to follow shortly after.
Telstra Purple has been working closely with Airspeeder to build a private, secure, and high-speed communications network to enable seamless connectivity in places without existing infrastructure. This includes the transmission of a vast range of telemetry data (such as speed, temperature, altitude and battery consumption) and several video feeds that all needed to be captured and sent to centralised control teams located on site.

While this data is incredibly important for ensuring safety and improving performance, it also provides an opportunity for highly personalised and immersive consumer experiences, powered by technologies such mixed reality and 5G.

As a brand-new sport that’s being built from the ground up, nothing is off the table for Airspeeder and Telstra Purple. The two companies are envisioning a true ‘next generation’ audience experience, borne from the world’s most cutting-edge technologies.

This could involve using the camera equipment in each speeder and around the track to broadcast specific video feeds at the viewer’s discretion. Using the telemetry data, audiences could select specific speeders and get information on the pilot, their vehicle, the speed they’re travelling, wind resistance, battery consumption and more, at any point in the race.

Airspeeder is also exploring the idea of allowing audiences to watch the races in augmented reality, using phones to ‘project’ the track and speeders on a flat surface in front of them. There’s also a future where virtual reality headsets could be used to place audiences ‘in the cockpit’, for a fully immersive perspective that’s based on what the driver sees on front of them.

Airspeeder also envisions using the massive amounts of telemetry data to build ‘ghost’ or digital speeders, giving participants the opportunity to race alongside the physical vehicles. This sort of innovation would be a while away, but it’s an example of why Airspeeder represents a new generation of motorsport, where the digital and physical worlds merge as it becomes enabled by new technologies and solutions.
Telstra Purple remains committed to supporting Airspeeder through every step of the journey, leveraging our market-leading technology expertise and Australia’s most advanced 5G to re-define motorsport racing.

Whilst Airspeeder events will be initially powered using bespoke wireless infrastructure, high-speed 5G networks will eventfully provide connectivity support. The initial path laid out by Telstra Purple and Airspeeder could be a precursor to 5G powering flying cars in cities, with racing in remote locations providing the testbed to spur innovation and move the industry forward.

Although taking your flying car to work could be a few years away, 5G is in pole position to serve as a critical part of delivering new experiences for Airspeeder fans. It completely transforms what’s possible with XR and VR, with the potential to usher in a new era of audience participation in sport.

It’s a great example of how 5G is set to change the world, powering a new generation of cars flying above our heads, whether that’s through racing or in our day-to-day lives. To learn more about how to enhance the customer experience you provide through mixed reality – you can start by learning about the infrastructure that can support it “here”.