Microsoft Azure offers a feature called “Forced Tunnelling”, which allows you better manage and control your outbound internet traffic from resources within your Azure virtual networks through your organisation’s on-premise firewall via an established VPN connection or an ExpressRoute circuit.

Why do I need it?

Resources deployed in an Azure VNET needing to access the Internet will use the default system-defined routes to use the Azure backbone. This does not provide options to audit or inspect this outbound traffic which could have sensitive or data that should not be allowed out in the first place without inspection. Organisations want better control and management of this traffic and most cases, prefer to route this via their established and managed on-premises firewall infrastructure.

A couple of key points to understand the flow of Internet traffic in Azure, with routes precedence:

How do I configure it?

When considering Azure Forced Tunnelling, we have two options:

The diagram below (courtesy of Microsoft) describes how Forced Tunnelling works from an Azure VNet connected to an on-premises infrastructure via a site to site VPN connection: 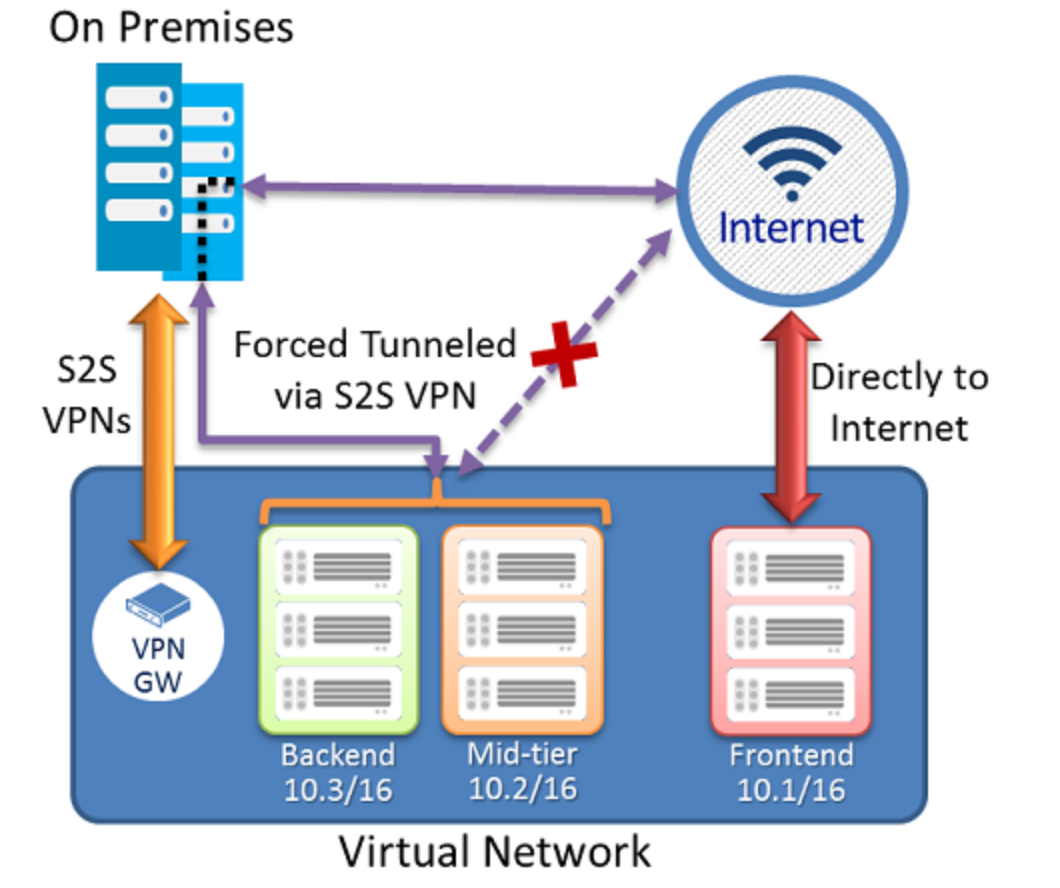 Key observations from this configuration:

The diagram below describes how forced tunnelling works with Azure firewall: 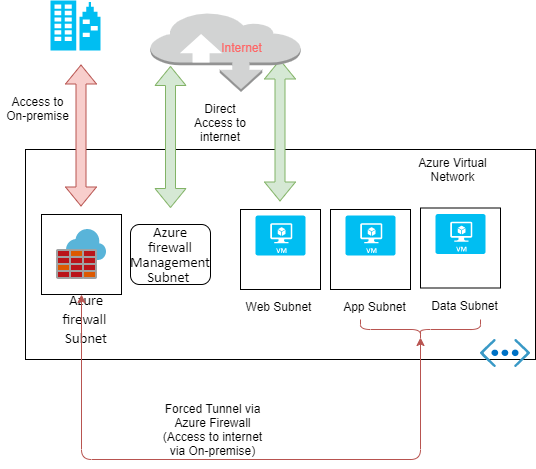 Key points in this configuration:

Additionally, ExpressRoute Forced tunnelling is not configured via this mechanism, but it is enabled by advertising the default route via BGP routes.