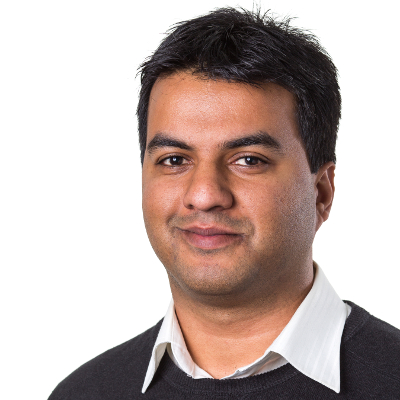 The convergence of the physical and digital worlds is encroaching on us faster than we may think. Numerous content has been created by thought leaders in various forms to paint a picture of a technology driven future. Today we are talking about the metaverse.

Most of what we have today in terms of technology has been fundamentally enabled by the internet.

Desktop applications transformed to internet-enabled applications which then transformed to web applications. Today, we have apps. The “internet” part of it is taken for granted. The internet is just there and an app, regardless of the device or platform it is running on, uses it to communicate with the rest of the world seamlessly.

With the advancement of modern apps and devices in the connected world, the highlighting feature is the intelligence built into them to make them ‘smart’ using the power of machine learning and artificial intelligence technologies combined with super-fast processing capability. We are now adding features and capabilities to the apps and devices to sense the real world with technologies like computer vision and speech recognition.

Our digital world has been elevated to unprecedented levels with intelligent apps and devices giving us access to information that enables actionable insights for a technology driven world.

So, how about our physical world?

The rapid growth and adoption of the internet-of-things over the past few years has placed the physical world on a similar trajectory to that of the digital world. The transformation of networks to offer super-fast speeds with 5G and access to locations previously unthought of through technologies like satellite communications, has helped accelerate the IoT transformation.

IoT is fundamentally about the digital world connecting to “things”, i.e., real-world objects, to sense their physical state. Numerous research reports have indicated that we are heading towards billions of connected things in the very near future, if not already. The major challenge with achieving that connectivity to sense a thing’s physical state is that traditionally, things have not been developed as ‘smart things’ and have not been internet-enabled. Buildings, equipment, vehicles, machinery, etc. have all been engineered to do what they are supposed to do very well but in isolation. Advances in sensor technology has now allowed us to attach sensors to these things to add a layer of ‘smartness’ to a certain extent. This has mainly been driven by demand for data required to sense the physical state to the extent that it helps achieve a desired outcome. We are obviously not sensing every single property of a thing because there is no need or demand for it.

As the IoT transformation continues combined with the advancement of both hardware and software technologies on a broad range of platforms, we are seeing more and more things become smarter. Similar to the transformation in the digital world with apps and devices enabled by the connected world, things in the physical world are being engineered with built-in smarts. Incorporating sensing capabilities at every stage of the engineering process is providing the digital world access to unprecedented levels of data to sense the physical state of a real-world entity. Smart vehicles, smart buildings, smart places, smart equipment, and many other physical world entities are all becoming common in the modern technology driven connected world aided by machine learning and artificial intelligence.

So, where are we headed?

Convergence and the Role of Digital Twins

The term ‘digital twins’ and the underlying concepts are becoming increasingly common in business and technology conversations today. So, what is a digital twin? The Digital Twin Consortium defines a digital twin as:

A digital twin is a virtual representation of real-world entities and processes, synchronized at a specified frequency and fidelity.

Being an emerging concept and technology, digital twins is mostly growing inorganically in most industries. Organisations are beginning to understand what digital twins are and how it can solve business challenges to achieve outcomes like:

According to the latest IoT Signals report from Microsoft, 77% of surveyed organisations have digital twins as part of their IoT strategy and are at the implementing, developed but not implemented or developing stage.

There is a more subtle organic transformation taking place though.

Our physical world is rapidly catching up to the digital world with built-in smarts that will provide unprecedented levels of data to sense the physical state of entities. As the technology transformation continues, the fidelity of that data will transform to levels where we will be able to digitally represent the real-world entities increasingly accurately. As that accuracy increases, the convergence of the digital and physical worlds becomes a reality with digital twins at the centre of that convergence.

As technologists, we will play a critical part in this convergence by building the platforms and solutions to digitise the physical world efficiently and effectively. In my next few series of blogs, I will delve into the key building blocks of a digital twins solution as depicted in the following diagram and discuss the practical implementation details. 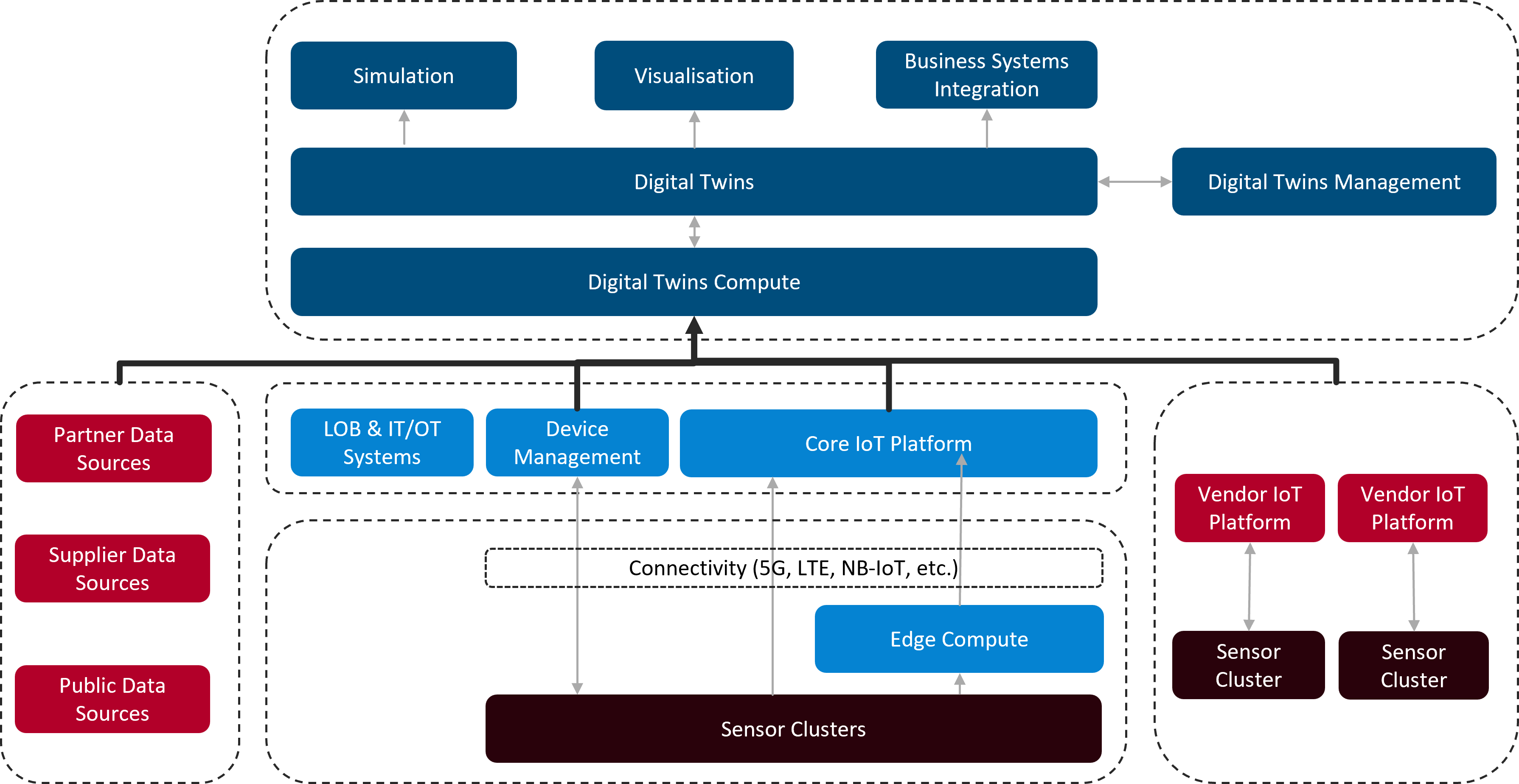