{"date":1622556000000,"image":"/content/dam/shared-component-assets/telstra-purple/blog/kafka-confluent-dotnetcore/1-Title.png","path":"https://purple.telstra.com/blog/apache-kafka---quick-start-with-confluent--docker-and--net-core","description":"I tried to put some basics together in this blog post as a quick guide for developers who already know what streaming is and want to use it in a similar environment (Apache Kafka + Confluent + .Net Core). ","category":"Software Development","title":"Apache Kafka - Quick Start with Confluent, Docker and .NET Core","tags":["How-to","ASP.Net Core","Software Development"]} I was working on a project recently where we needed to process raw data from hundreds of devices every few seconds and save the result in database. We decided to stream data and process them in a service which could be scaled horizontally.

We had an on-premises server for our non-production environment and an unclear specification for production. As I had previous experience with AWS Kinesis, we chose Apache Kafka which is a similar streaming platform but can be deployed on-premises. We developed the producer and consumer libraries in Microsoft .NET on Windows as they were a natural choice given our team’s skillset, but this took time to get up and running as Kafka was originally developed in the Java ecosystem, so useful samples and libraries were difficult to come by.

I tried to put the basics together in this blog post as a quick guide for developers who already know what streaming is and want to use it in a similar environment. I also chose to use Confluent as I like its visual Control Center. But you can use the core Apache Kafka too. Confluent is a platform founded by the original Kafka developers including Apache Kafka with a few more features and improvements.

The next thing you will need is to create a topic to which you can publish test messages. Confluent Platform has a Control Centre page like this: 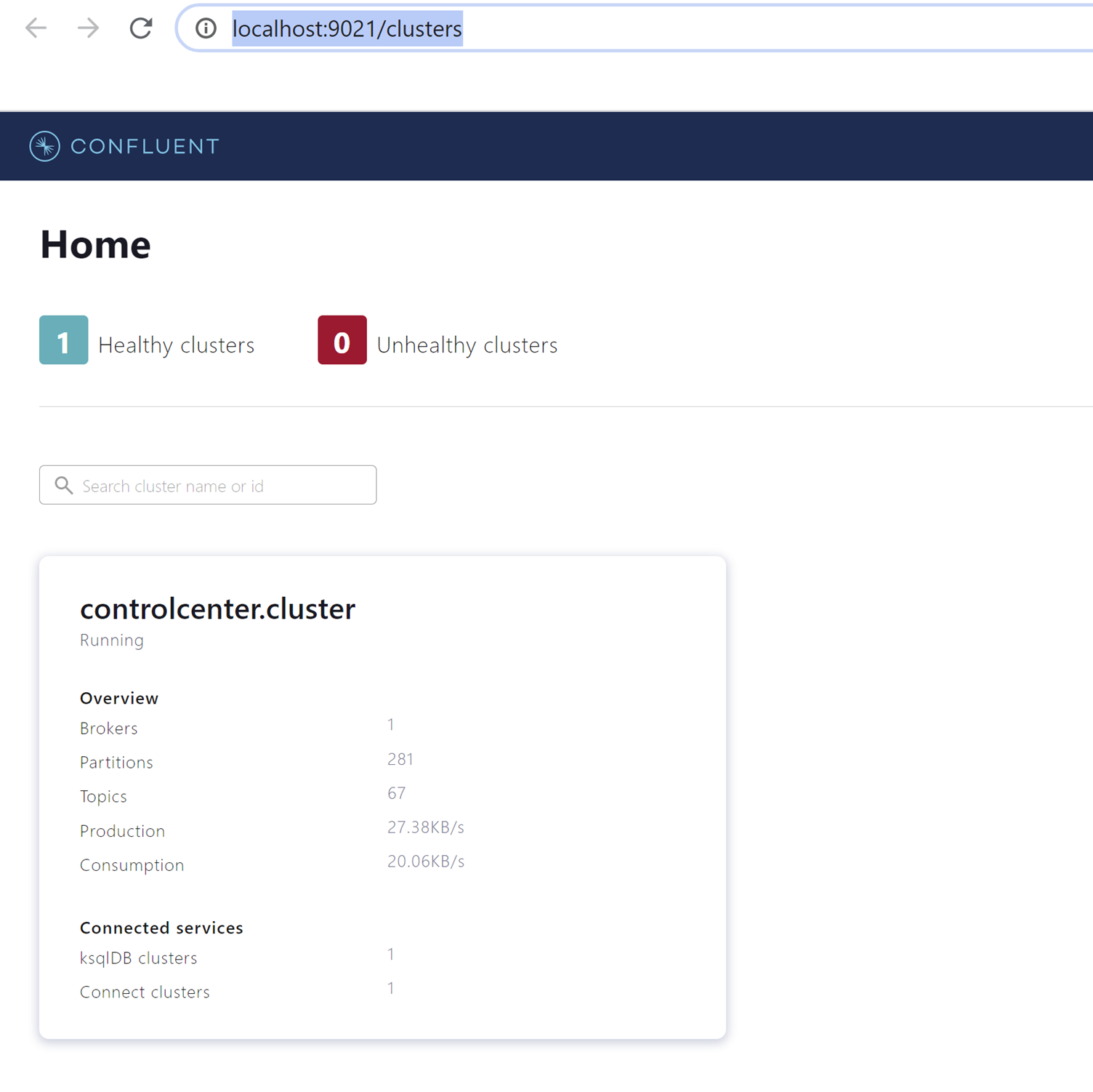 Go to Topics list and create a new topic named “testTopic” with more than one partition. Note that I faced a problem when trying to use the default option - the “Create with defaults” button was disabled. I resolved this by clicking on “Customize settings” and then clicking “Back” without changing anything.

Topics use ksqlDB, a SQL database in the backend to save streamed data. Data is kept in database until it is expired, not when it is read by a consumer as consumers from different groups can process the same message independently of each other.

As we were developing in a Windows environment, our decision was to use the Docker installation option with Linux containers for better support.

It only took a few steps:

NOTE: If the "State" is not "Up" repeat the previous command again. It takes a few minutes for all the services to start and get ready to use. 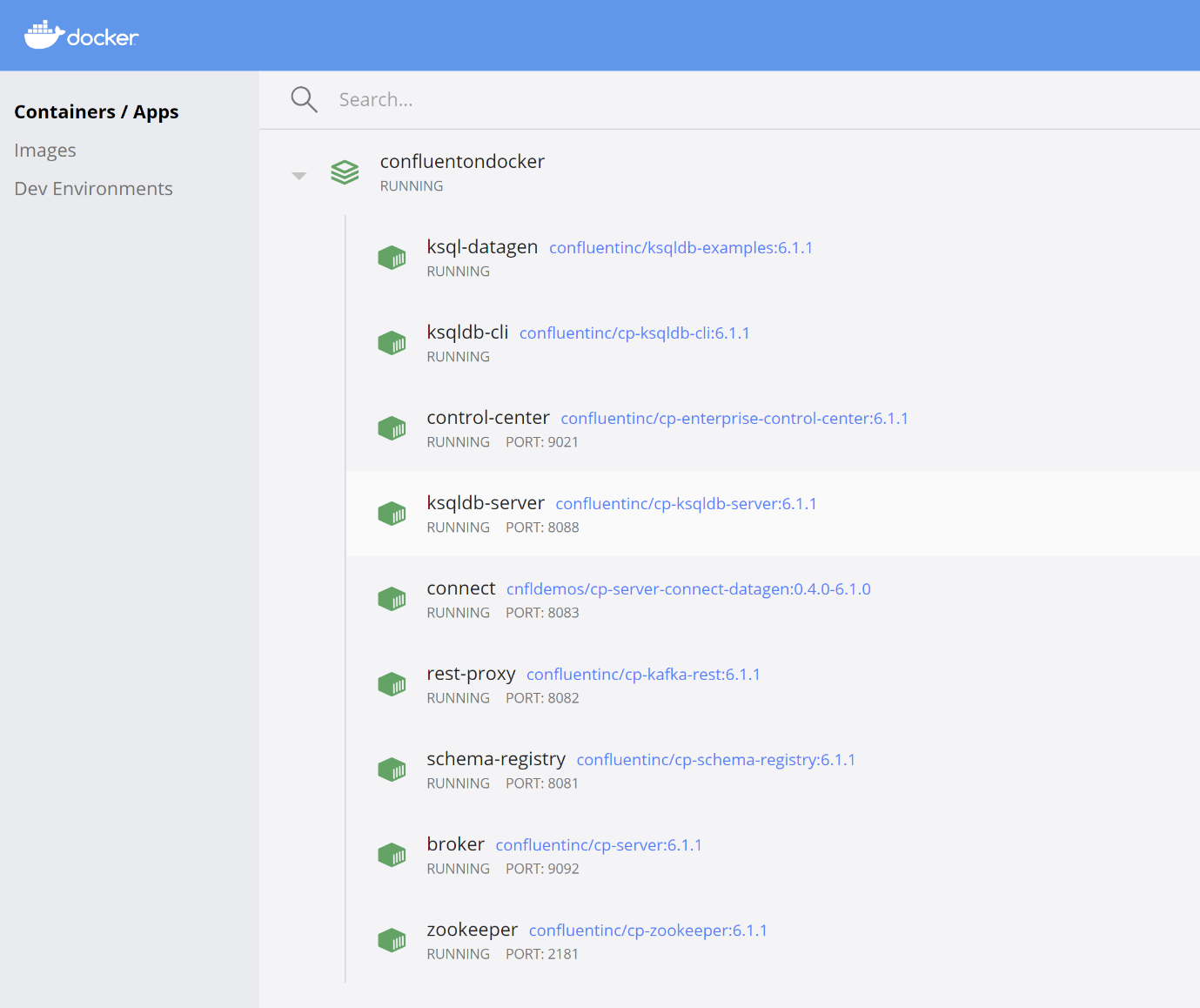 We found that the Confluent Kafka library in GitHub has the best examples of  using .NET with Apache Kafka. Start by cloning and browsing the “examples” folder as it has two very basic sample projects for creating a Producer and Consumer:

The code for creating a very basic producer can be seen below:

Note that the ProducerConfig only requires the BootstrapServers property which takes the URL value of the broker container which was started by Docker Compose:

You can run multiple instances of the producer to see how they all post messages to the same topic.

Regarding how partitions are selected when a message is produced:

Consumers read and process data from a topic from the position of the last offset that their group previously read from.

This means that a topic can have many independent consumers that read data based on their offset index without knowing about other consumers.

The code for creating a very basic consumer can be seen below:

Kafka streams decouple producers and consumers, so a producer does not know who is going to consume the message it posted to a topic, however both producer and consumer usually share the data schema. For example, if the message is data of type “Order”,
then the producer knows how to serialize the “Order” class to JSON, and the consumer reads the message and deserializes it to an “Order” type again.

This is an example of working with Avro:

If you are a .NET  developer and want to stream data on Windows, you can simply setup Confluent Platform on Docker and use the Confluent Kafka library to develop your producers and consumers.