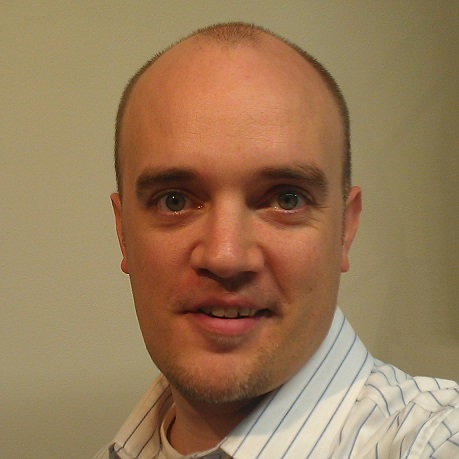 Microsoft Teams Calling is a powerful extension to the meetings, collaboration and teamwork capabilities already built in to Microsoft Teams, which brings the ability to assign phone numbers to people and teams, and allows many organisations to finally retire their ageing phone system, or PBX.  But if your organisation has established a communication strategy based on Microsoft Teams, how smooth is the process to bring your existing phone numbers with you?  Let’s find out by exploring how the process works today, and some potential pitfalls to avoid.

There are two primary methods of bringing phone numbers into Microsoft Teams by connecting it with the Public Switched Telephone Network (or PSTN):

Direct Routing has been available globally since Teams Calling was launched.  It provides flexibility and a BYO option for organizations with a need to co-exist with other phone system platforms.  With this option, you don’t need to port telephone numbers into Microsoft Teams Calling, you continue to manage these with your current Telco instead.
More information: Plan Direct Routing (Microsoft Docs) https://docs.microsoft.com/en-us/microsoftteams/direct-routing-plan
When talking about porting phone numbers into Microsoft Teams Calling, we’re talking about Calling Plans.  While Microsoft initially set about becoming a Telco themselves in the regions where this is fairly straightforward (North America and Western Europe) two things soon became clear:

The answer to this is the announcement about Operator Connect at Microsoft Ignite in March earlier this year, that will launch and reach General Availability later this year.  But as early as 2018, Microsoft has been laying the foundations for Operator Connect by partnering with Telco’s like Telstra in Australia, and later, Softbank in Japan, to build a framework for Calling Plans to be delivered by existing service providers.

Just as many of the Microsoft Docs articles about phone number porting are written largely from a U.S.-centric perspective, this article equally talks from an Australia-centric perspective, with respect to the Telstra Calling for Office 365 calling plan product for Microsoft Teams – however it’s highly relevant beyond Australian shores, as the Telstra calling plan product is the pre-cursor to Microsoft’s new Operator Connect framework being launched globally.

To clarify a point of terminology:

If on the other hand, your number ranges are with another carrier in Australia, and you wanted to use these with Telstra’s calling plan service, you would be Porting these number ranges between carriers.

Porting number ranges into Microsoft Teams Calling in Australia is fairly straightforward, and is driven by the new, or destination carrier.  The following steps will occur:


While a Migration of telephone numbers between services within the same carrier can often be completed in a matter of days, Porting of number ranges will typically take around 5 weeks as per the above steps, and can be longer when carriers are dealing with a backlog due to resource shortages.  A lot of this will be streamlined and automated under the new Operator Connect framework, and customers will be able to initiate this process directly within the Office 365 Admin Portal.

It’s important to note also, that numbers in 100-number ranges (such as 02 1234 5500 through 5599) cannot be separated or broken up in any way.  You cannot port half of a 100-number range, or even a single number within that range, while leaving the rest of the range with the previous carrier.  In general, that rule also applies to migrations within the same carrier, although some carriers allow you to share number ranges between different services offered by that carrier.

What is this “Interim cutover” step all about?

You’ll notice one step is highlighted in the table above – Interim cutover.  While it may go by different names in different places, it refers to the practise where phone numbers appear in Teams Admin Centre in your Office 365 tenant ready for allocation before they are actually cut over and working for inbound calls.

So – if you’re porting or migrating your number ranges all at once from a legacy ISDN or SIP trunk service connected to your dusty old phone system, Interim cutover is great!  It allows you to start testing (outbound calls only) and more importantly, to start provisioning your users and call flows with numbers, so you’re not having to do that step during the Final cutover commissioning appointment.  However, there are a couple of scenarios where Interim cutover will cause issues, and must therefore be skipped.

The effect of Interim cutover on migrations from Direct Routing

The effect of Interim cutover on site-by-site migrations

While it may be feasible for smaller organizations, or those with only a handful of sites to migrate all their telephone numbers at once, most larger organizations will migrate each site individually.  Consider a typical migration site where a large organization with many sites is migrating to Microsoft Teams Calling.  At some point in the project, some sites (e.g. “Site 1”) will be successfully migrated to Teams Calling, while other sites (“Site 2 and 3”) have yet to be migrated, and are still using the previous phone system: The old phone system could be a dusty old PBX connecting to the PSTN via ISDN trunks, it could be a newer IP phone system connected via SIP, or a single telephone at a retail store connected to an individual business line.  It could even be an on-premises deployment of Skype for Business with Enterprise Voice, in all cases Interim cutover will impact the site-to-site call routing.

The ability for staff to be able to make and receive phone calls from any location using any device makes Microsoft Teams Calling a compelling user experience, especially during times when staff need to remain connected and productive while working from remote locations.  The ability to bring your existing telephone numbers into Teams Calling allows organizations to switch to Teams Calling without disruption to the business and their customers and contacts – however, careful migration planning is required, as well as a solid understanding of call routing during co-existence scenarios, to ensure a smooth and seamless transition.